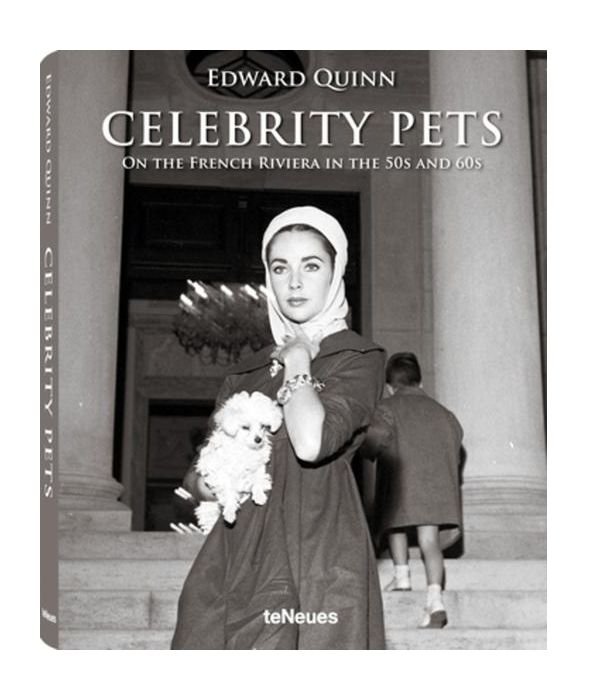 • A worthy follow-up to Edward Quinn’s successful titles, Stars and Cars of the 50s andRiviera Cocktail
• Irish-born Edward Quinn (1920–1997) photographed all the great stars of his time, from Salvador Dalí and Audrey Hepburn to Alfred Hitchcock
• A unique treat for both animal lovers and fans of the glamorous stars of the 1950s and 1960s

Edward Quinn’s debut as a professional photojournalist was at an equestrian show jumping competition in Nice, France. This initiation established two constants of the Irish photographer’s (1920–1997) work: the Côte d’Azur as a setting and animals as a subject. The French Riviera of the 1950s and 60s was a veritable El Dorado. Quinn’s wife, Gret, once said of this golden age, “In the fifties, looking around on the Riviera, you thought everyone was beautiful and happy.” Edward Quinn captured the shining stars of the day—everyone from Grace Kelly to Salvador Dalí—on film, preserving the magic of those boom years for future generations. Equipped with his Leica and an excellent eye, “Edward Quinn brought artistry to celebrity photos,” as People Magazine once wrote about him. Celebrities, both now and in the glamorous 1950s and 60s, tend to look shy, stilted, and intent on keeping their guard up when photographed. But not with Quinn. How did he get such impressively authentic portraits of his subjects? His discreet and gentle manner certainly helped, as did his trick of shooting stars with their pets. Celebrity Pets proves this tactic was a huge success. In the presence of their beloved pets, the stars are incredibly approachable and natural, whether it is Picasso romping with his dogs Kabul and Lump, or writer Somerset Maugham on all fours playing with his Pekingese Chin. We see Prince Rainer using a tiger as an icebreaker with Grace Kelly, and mixed-breed dog Guapa where every man dreamed of being: in bed with Brigitte Bardot.