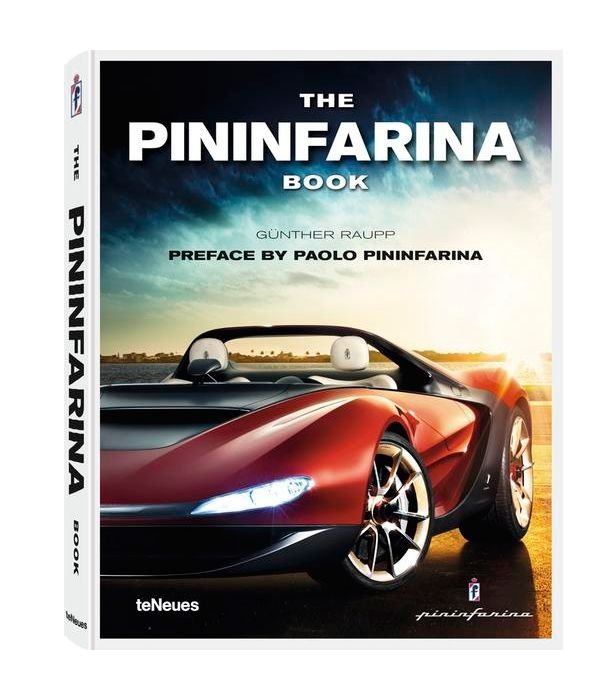 • Designs from another world with spectacular concept drawings and breathtaking photographs
• 85 years of history and the whole spectrum of Pininfarina design—a book for design aficionados and professionals, photophiles and car fans, and everyone who enjoys true elegance

For 85 years now, the name “Pininfarina” has stood for first-class Italian design and is synonymous with unmistakable style. In the early decades, this was true, especially for cars, but more recently it also applies to architecture, industrial design, mobility, and sustainability. Design of the highest quality—for Pininfarina this has always meant technological expertise, functionality, innovation, and, not least, Italian elegance.

How to describe the synthesis of Pininfarina's work? First of all, the quality: the quality of the projects, the products, and the partners with which they were made. A Pininfarina product must always be innovative and must aim to achieve a high standard of elegance, a synthesis of function and form resulting in a strong aesthetic personality.After a considerable number of years, examples of almost timeless design include the Cisitalia 202—whose trailblazing design was honored by the Museum of Modern Art in New York as one of the eight most significant designs in the history of the automobile, or Ferrari's legends from 342 America to 250 GT, the Testarossa, and the F40 to Enzo Ferrari, FF, or today's Sergio.

Internationally, Pininfarina became a fixed term for Italian style, but it is not resting on its laurels. The design firm of Turin is blasting full speed ahead into the future with an expanded portfolio while honoring its heritage.Industrial design, ranging from sports equipment to furniture (including the “Ola” kitchen by Snaidero) to machinery, and not to mention transport vehicles, from aircraft to yachts to trains. Meanwhile, Pininfarina has also earned a name for itself in the field of architecture. Hotel buildings and apartment houses bearing the Pininfarina signature have gone up in Miami, San Diego, Singapore, Sao Paulo. In Turin, Pininfarina took on the task of providing the entire interior design for the award-winning Juventus football stadium, which was opened in 2011. Under the stewardship of Paolo Pininfarina, these business fields take particular priority alongside the traditional segments served—automotive design, engineering, and construction of very small runs and unique cars. It is this broad array of options that lends a company with such a brilliant tradition, one that dates back 85 years, a sense of hope as it looks to the future.